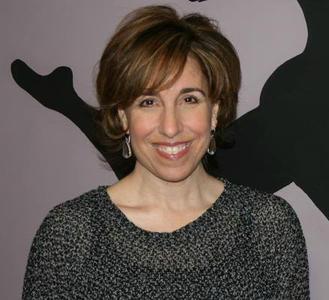 Lisa Matias began her dance training with Helyn Flanagan at the age of five. She started teaching for Miss Helyn In her early teens and was often a student assistant at dance conventions. At the age of 15, she was chosen to be one of the first “Caravan Kids,” touring the US and Europe. Lisa studied with Ann Reinking, Tommy Tune, Joe Lanteri, Ronnie Mahler, Danny Hoctor, and Frank Hatchet, among others. She also performed at the closing ceremonies of Liberty Weekend with Liza Minelli.

Upon Miss Helyn’s recommendation, Lisa opened the Lisa Matias Dance Centre at age 16. She continued her studies at Trinity College, where she was awarded the Presidents Fellowship in Theater & Dance, graduating Phi Beta Kappa. While at Trinity she began teaching at St. Joseph College, joined WORKS Contemporary Dance, performed with several independent choreographers, and became an original member of both the Sonia Plumb Dance Company and the Judy Dworin Performance Project.

Lisa went on run the dance program at SJC and taught extensively for the Hartford Conservatory. For over 25 years, she has been an adjunct at Trinity in both the Theater & Dance department and recently the Human Rights Studies department. In addition to performing, her work with the Judy Dworin Performance Project also includes being Associate Artistic Director of "Moving Matters!" at Parkville Community School. This program is the only intensive arts integration program of its kind in the country. She teaches with JDPP in the Bridging Boundaries program, working with at-risk populations, including children with incarcerated loved ones, women transitioning out of prison, and women currently at York Correctional Institution. Most recently, Lisa began running the I AM program at the WORTH unit at York. This is the only unit of its kind in the country, focussing on reducing recidivism in the 18-25 year old population.

​ Lisa believes in the arts' power to heal, inspire, and transform.